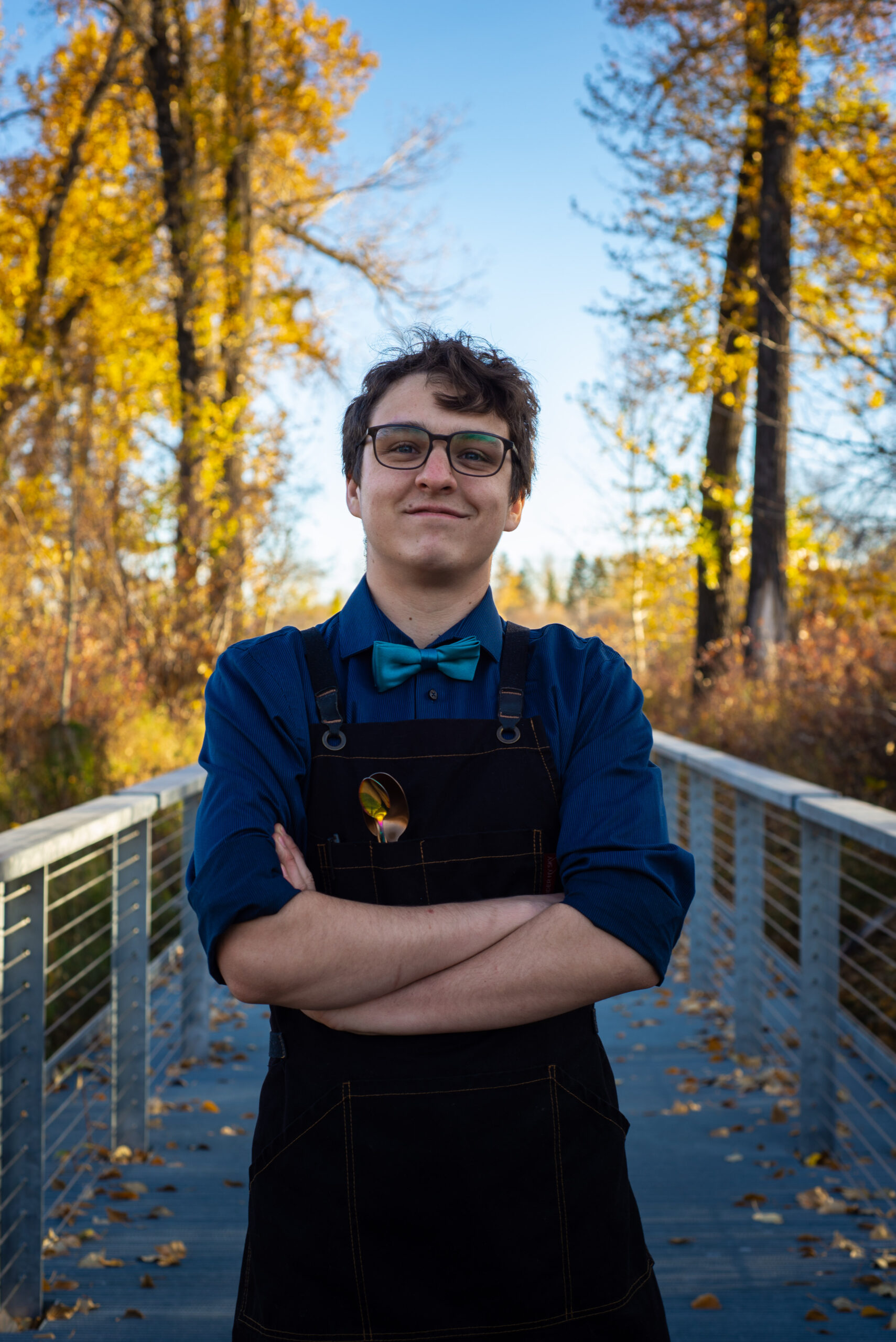 Born in Saskatchewan, Canada, Chef Kwin Marion lived the Nomad life from an early age, traveling North America with parents learning an appreciate for food from an early age. After apprenticing at Canadas top resort hotel in Lake Louise, his passion for fine dining grew and in 2019 he moved to Bangkok Thailand, working for one of the world’s highly regarded chefs, Chef Gaggan. This would be the first Michelin star ranked restaurant Chef Kwin would work at,  inspiring him to take the culinary trade as his focus and love in life. From there, Chef Kwin would move home and enroll in Culinary school before working for Chef Darren MacLean in Calgary Alberta. Today Chef Kwin is continuing to grow his culinary knowledge by training under Chef Michael Tusk at “Quince”, a 3 Michelin star restaurant in San Francisco, California.

Chef Kwin began working for The Nomad Cook in 2021 after excelling in the Culinary Cannabis Certification program hosted by Russell Hendrix’s and Chef Travis Petersen. He has adopted the Nomad Cook way of life and toured western Canada cooking for some of the cannabis industries brightest budtenders and industry executives. Kwins love of food and passion for serving others is matched by his deep knowledge of cannabis and developing terpene focused menus.