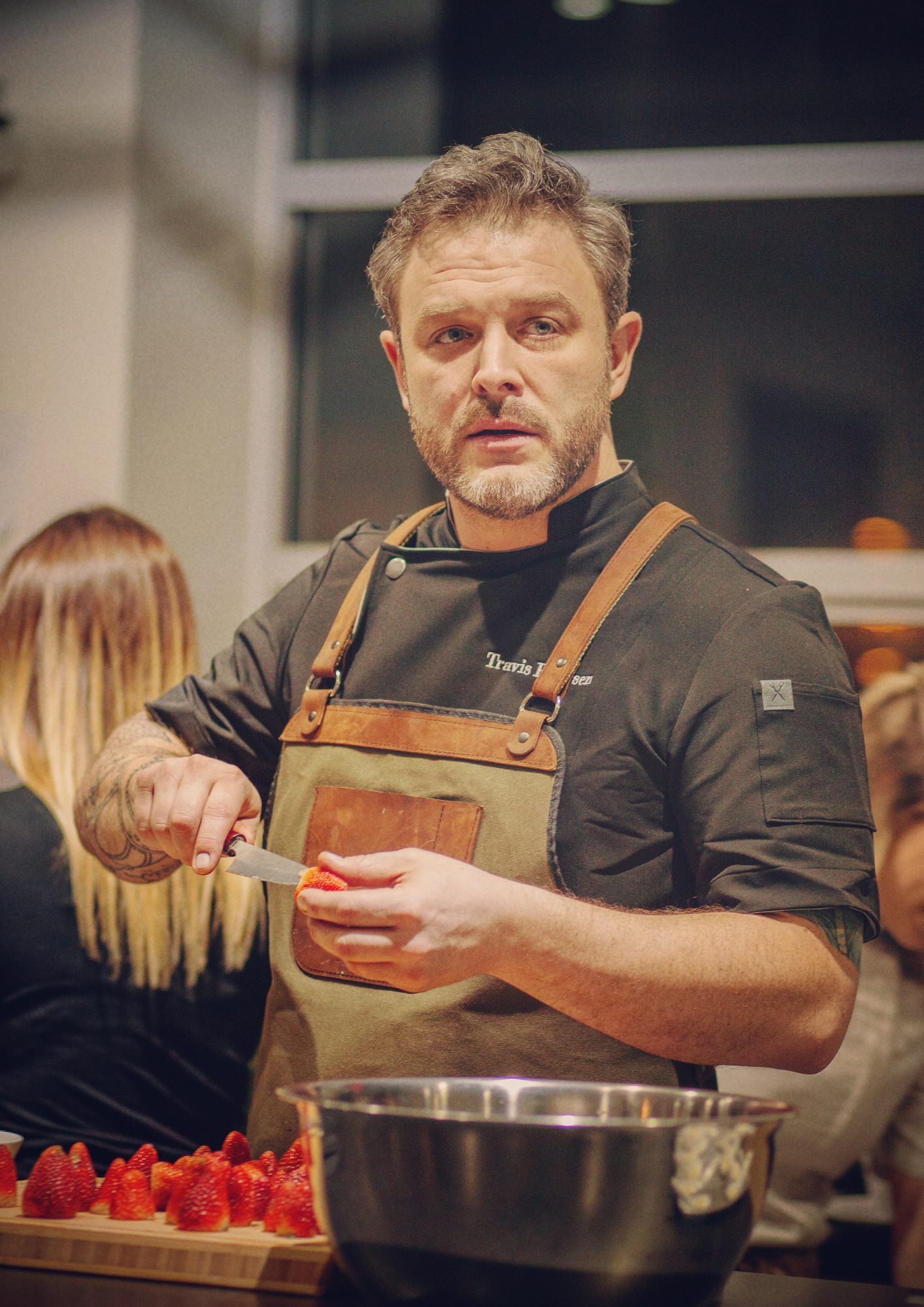 Chef Travis Petersen is a native of the pacific northwest. Growing up in Vancouver, Canada, Cannabis culture was long accepted before legalization in 2018, influencing the young chef to develop an understanding and love for the plant. Travis spent over a decade working in the Oil & Gas industry as a Business Development Manager for one of the world’s largest valve companies before a brief appearance on a reality TV show in 2016: Masterchef Canada. Following the competition, Chef Travis would launch The Nomad Cook and spend the next 2 1⁄2 years traveling around western Canada hosting popup dinners on a regular basis. Over the 420 weekend of April 2018, The Infused Dining Series was born when Travis would turn an Airbnb rental into a popup restaurant, hosting 164 guests in groups of 12, over a four-day period. From there the dominos would begin to fall as The Nomad Cook would hit the road traveling all over Canada, introducing the newest frontier in the culinary world to Canadians of all walks of life. To date Chef Travis has served over 10,000 guests their first infused dining experience and in 2020 launched the first recognized Culinary Cannabis Certificate for Safety & Responsibility in Canada. The Nomad Cook’s goal has been to break the stigmas around culinary Cannabis and to influence the next generation of chefs to explore this ingredient and help take it out from the underground and into the mainstream. Having worked with every major licensed producer, retailer and Cannabis brand in Canada, Travis made the move into the U.S. market in 2021 with the goal of making Culinary Cannabis a recognized Canadian Cuisine.